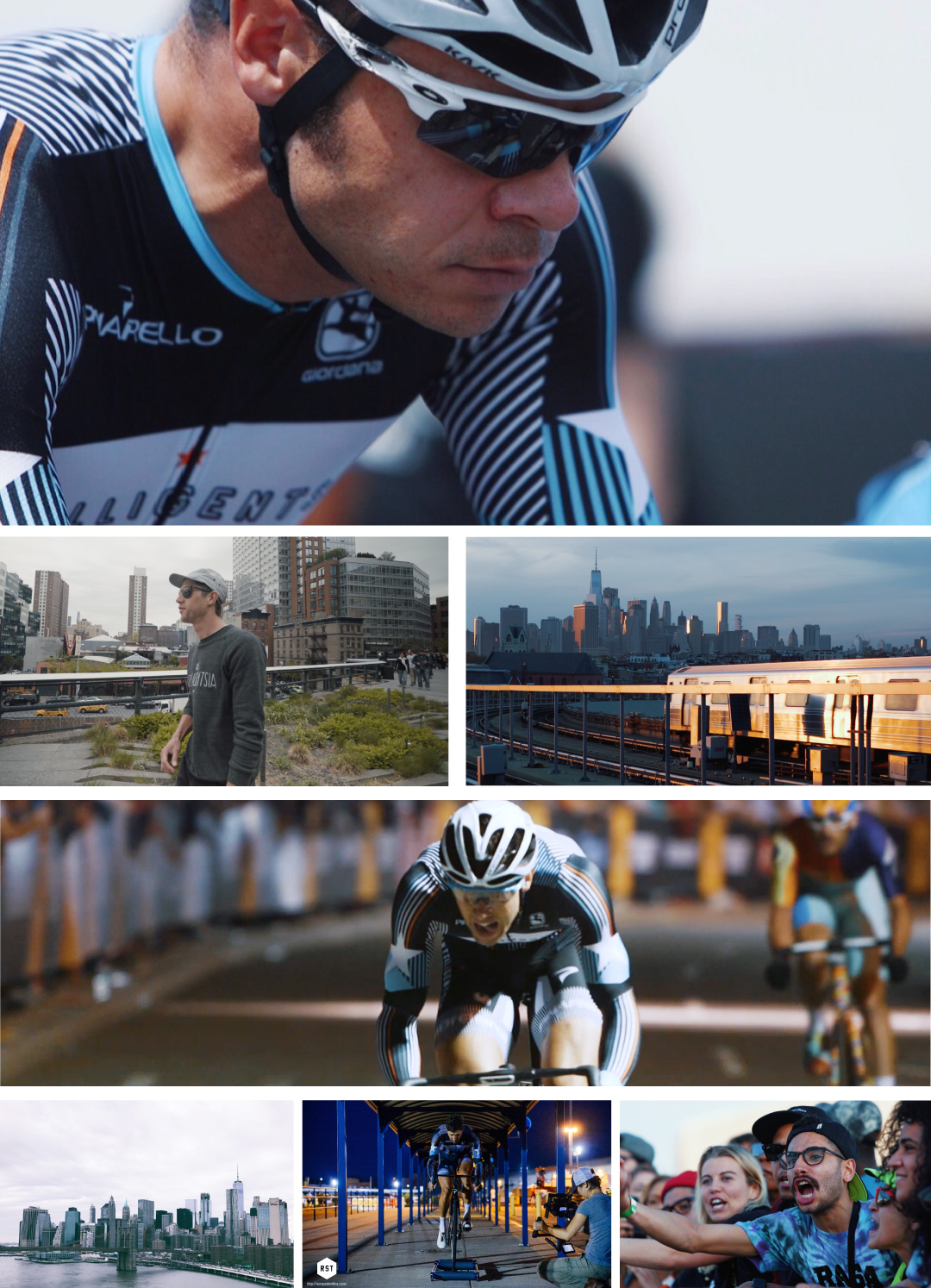 The heart pounds with excitement, elevated from the roar of the fans. The energy is as palpable to the spectators as it is to the competitors. Lady Liberty is gracefully watching from a distance, as the high intensity cycling race flows through the streets.  This is the making of The Red Hook Criterion, a fixed gear cycling race that celebrated its 10t anniversary in Brooklyn this year.

We teamed up with Intelligentsia Racing and their key sponsors, Giordana Cycling, Pinarello Bicycles, and Intelligentsia Coffee Company, to document the team racing at Red Hook.  With team leader, Colin Strickland, being the reigning champ and race favorite, the team had a lot of hype going into the race. We wanted to capture that intensity but also give more of an inside look into Colin and why he loves racing.

It was a run-n-gun shoot, with a small crew, consisting of early mornings / late nights, espressos, lots of crowd dodging, public transportation, tacos, bikes and a good amount of lycra.

Cam Newton Foundation: Most of us would happily...

Cam Newton Foundation: Most of us would happily admit to dabbing, maybe even super-manning. When the moment’s right, it’s hard to resist. Even if you’re not an NFL fan, you probably know the signature...